Interview with the CEO 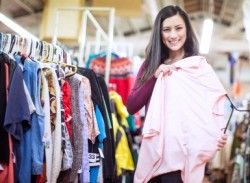 Utilization of clothing facilitates getting rid of unnecessary clothes, supports the poor and is pro-ecological. What challenges, difficulties and opportunities does it produce?

We have asked the CEO of Tesso – one of the biggest companies in Poland in clothing recycling – Andrzej Kowalczyk.

How have you come up with the idea for recycling activity?
From my friend from my studies. His brother was running such a company. In the beginning I was skeptical, but he managed to draw my attention. It was 1992. I finished my studies, and it wasn’t easy to find a job. We went to a second-hand shop to see what it’s like, and then we bought our first product in Poland, in a second-hand wholesale shop. We also opened up our first little shop in Sopot, and the adventure started.

What was it like in the beginning? How did you know how to run such a business?
In the beginning we were more interested in wholesale but after a while we decided to expand our business into retail. We looked up to the Western countries because this market had been functioning there for a few years already, while it was still very fresh in Poland.

We started going to Germany to observe how they do it in the West. This trade was still tiptoeing in our country. Nobody wanted to have anything to do with that kind of business, some were even embarrassed to work in it. I personally had some reservations but I changed my mind, when I saw how much of a success it proves to be abroad. Then I thought that it could develop in Poland as well. It quickly turned out that it was like hitting the jackpot. Our society was poor and needed cheap clothing. Nowadays the demand is still present, as a new trend has been established. Girls brag about fashionable trophies they found in second-hands. Even stars and celebrities go shopping there.

Tesso is helping children, organizations, the poor. How?
Since the company has been developing very well, one day we felt the responsibility that we bear. Towards our employees as well as the environment that we live in. That is why we decided to engage in Corporate Social Responsibility, apart from commercial activity. We support children, public benefit organizations and schools.

The containers that belong to your company have the logos of the Caritas and the Foundation “Dar”. What is your cooperation with these charity organizations?
Over 10 years ago we signed an agreement with the Caritas, on the basis of which we donate money and some of the clothes for those in need. For example, the eating place for the poor functions in Sopot because of our support. We also co-finance the actions of the Foundation “Dar” which helps sick children. That is why we recommend those who need to get rid of unnecessary clothes but also want to make sure that they will help someone to put clothes only in the containers that have the red logo of the Caritas or the red heart of the Foundation “Dar”.

Why don’t the charities themselves take care of collecting clothes?
The main role of charities is to give help, not to recycle clothes. This is how it works in the whole world. Some people don’t understand that running such a business is a very serious logistics challenge. In order for it to function well, a lot of measures have to be taken – you need to have all the workers, containers, means of transport, places and professional machines to store and sort the clothes very well organized. In the containers we usually find most clothes that can’t be worn again. Only a small percentage – merely 10-20% – is fit for reuse, so it is donated to the poor and sold.

Sold?
Yes, some of the clothes with better quality are exported to the countries of Africa, the Middle East and the Far East.

What happens to those clothes that are already worn-out and have poor quality?
The rest is transformed into wiping cloth, which is used to produce special mats for roads, muffling mats, alternative fuels, etc. Even the fillings in cars are made of recycled clothes.

How can clothing recycling run by Tesso be regarded as pro-ecological?
Fabric decomposes very long – even for 50 years. If not for companies such as ours, unnecessary and worn-out clothes would be just lying on the dumping sites for years. Thanks to recycling that we do, the problem is solved.

People accuse recycling companies of making profit from their commercial activity.
Of course we earn money. We don’t run a charity but a business, however without it the help that we facilitate would not be possible. Earning money, we are able to give help to those who need it the most, and we have been actually doing it for years. We also provide the region with a few hundred job positions, which is very important these days.